When the sun came out, so did they (along with an onslaught of self-pity)

I'd forgotten how sheltering the icy embrace of winter could feel. We had a long, cold, and in many ways miserable winter this year; which meant that except for the intrepid dog walkers in our neighbourhood, everyone pretty much stayed indoors.

But this last week has been beautiful, sunshiny, balmy.

And with that lovely weather, an army of happy young families have emerged from hibernation. Beautiful little children squeal as they learn to ride their bikes. Soft, mewling, wide-eyed infants discover the world outside as they are wheeled past in strollers pushed by laughing moms. Heavy winter coats are discarded to reveal swollen, mesmerising pregnant bellies.

And here we sit. Watching it all go by.

Spring is in full swing and today I am feeling further than ever from our hoped-for changes in 2013. I'm tired. Isn't spring supposed to be rejuvenating?

S's anniversary is fast approaching, and as with previous years, I suspect the anticipation will be worse than the actual day itself ( the 17th, when we always try to find something special and peaceful to do). Still, the grief is weighing heavy on me right now. It's hard not to take stock, look back over the last three years, and wonder what they have brought. Some things are better, clearer, but mostly we have the same uncertainties as before. The same feeling of being stalled while everyone else goes on with their lives. I'm fairly certain that, as far as S goes, we are amongst the only ones who even remember anymore.

And what about project sibling? Well, we are (finally) really happy with our current care, and have pretty much decided that we'll move forward with this clinic. Obviously that's a good thing in and of itself, but it also means that we'll be left in limbo with everything else that much longer. H can't actively pursue any of the job leads he's been feeling out, each of which which would surely involve a big move (out of region, or even out of country). Not that there are so many leads to be had these days. We don't seem to have much luck in that department either. That likely means that come September, we'll have to take whatever jobs come our way and put the career advancement, (not to say the putting down roots somewhere), on hold indefinitely.

Something funny also happened to me psychologically once we got on the ART train: I think I gave up any hope (illusion?) I had previously held that our bodies might ever do this on their own. Even though accepting a doctor's advice - starting with medicated cycles and then moving straight to IVF - has in no way altered the brute biology that we've been dealing with all along, I feel like in acknowledging the situation, my very organs have closed shop and left the building. (Perhaps now is the time to find reassurance in the doctor's oh-so-heartening opinion of my multiple conceptions/losses?). Totally, wildly irrational, I know. But there you have it. Though on the plus side, I'm not even thinking in terms of a two week wait anymore, and there is a certain liberation in that I guess.

So. yeah. Everyone seems to be thrilled that this fine weather has at last arrived. I don't blame them, I just don't much feel a part of their forward looking ebullience right now.

I am well aware of the narcissistic depths of my self-pity here, but....When  is anything good going to happen for us? Don't we get a turn? It just feels like no matter how hard we work to make things better, no matter how much we try to go on being optimistic and hoping our big break is around the next corner (a pregnancy to hope for, a career break, the resolution of our immigration issues) nothing much changes.

I'm sorry I'm being such a Debbie Downer. I know it's just a bad week day (please let it only be a day). It'll pass and I'll be back to my usual sass, finding something to be excited and hopeful about.

But now? As the sun shines, I'll be wearing my sunglasses. Not just to keep out the glare of the sun, (or to disguise the rogue crying jags that seem to strike from nowhere), but also that of all those shiny happy people who seem to have come out of the woodwork.

Email ThisBlogThis!Share to TwitterShare to FacebookShare to Pinterest
Labels: anniversaries, baby S, babyloss, everyone but us, fear, grief, infertility, just give us a break here, recurrent pregnancy loss 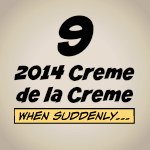